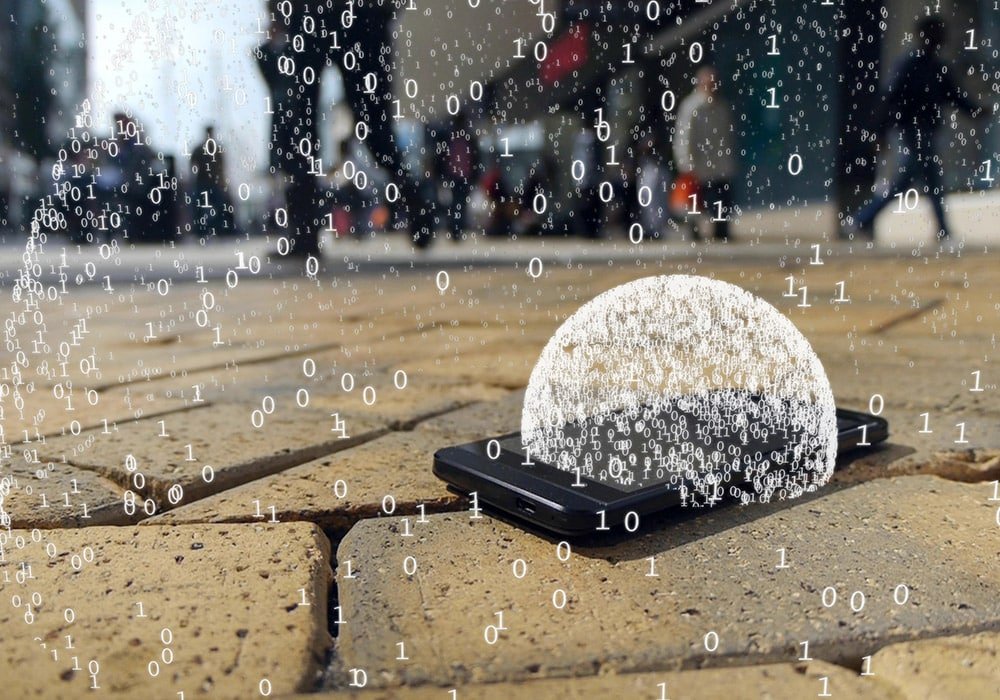 We are an increasingly technology-driven society.

Everywhere, electronic devices surround us. If the Terminator were real, we might think that Judgment Day is upon us. Skynet could really take over the world, the way we are wired.

Computers, laptops, tablets, and WiFi routers can be seen in most homes, workplaces, and schools. Our libraries, hospitals, and academic centers operate because of wireless machinery, such as wireless Internet, modems, and WiFi. While the chances of robots taking over the world in the near future are slim, a real danger from these electronic devices exist.

All these electronic devices emit a low form of energy, called Electromagnetic Field (EMF) Radiation. While it is non-ionizing radiation, which isn’t traditionally seen as harmful to our bodies, chronic exposure to this energy from our mobile devices, coupled with the fact that they are pressed right against our skin for most of the day, has been shown by recent research to lead to harmful health effects.

Despite the universal health implications these effects would create, we know surprisingly little about the long-term effects of EMFs, and the study of these effects is a source of great controversy.

Many scientists claim we have nothing to worry about. Some studies show that there is no adverse health effects of exposure from the level of radiation our cell phones and mobile devices emit. Many news reports often cite that non-ionizing radiation cannot scientifically have a biological impact, besides its thermal emissions (which are at too low of a level to have any real impact).

On the other end, review articles say biological effects exist regardless of thermal emissions, and link EMF to everything from risk of cancer and infertility to neurobehavioral abnormalities. So much of existing literature and conversations surrounding EMF radiation is contradictory.

As a result, the biological effects of exposure to Radio Frequency (RF), or wireless EMFs, is still a subject of intense debate. On top of the scientific debate, there is a public debate fueled in part by news reporters and people who cannot grasp the entire problem, as EMF radiation is a very scientific issue with many different variables. This has caused a lot of misinformation to spread, along with omission of important factors.

Sadly, health endpoints reported to be associated with RF EMFs are numerous. They include childhood leukemia, brain tumors, genotoxic effects, neurological effects and neurodegenerative diseases, immune system deregulation, allergic and inflammatory responses, infertility and some cardiovascular ailments. Many reports conclude with a reasonable suspicion that some kind of risk exists when one is exposed to RF EMFs. However, the studies cannot definitively conclude that RF-EMF is the sole root cause of any particular disease. Only time and further studies can lead to overwhelming evidence to prove RF EMFs is the culprit.

Several review articles have been written to summarize the findings of research conducted across the globe to-date.

One review article concludes that regular and long term use of microwave frequency devices, such as mobile phones and microwave ovens, even at the domestic level can have a negative effect on biological systems, especially the brain.

Another article advocates for new public EMF safety limits for habitable spaces. Current guidelines for the US and European microwave exposure from mobile phones for the brain are 1.6 W/kg and 2 W/kg respectively. Yet, at these levels of exposure, mobile phones, used over the course of 10 years, are still implicated as a risk for brain tumors, suggesting new guidelines are needed.

Surveys were conducted that concluded unpleasant neurological symptoms and sensations were experienced by long-term users of mobile phones. Adverse conditions included: headache, extreme irritation, an increase in carelessness, forgetfulness, a decrease in reflexes and hearing non-present clicking sounds in the ears.

Case reports document peripheral neurological effects, including noxious sensations, in patients exposed to RF-EMF. In some cases, the damage was temporary but in others the effects were considered permanent. It was concluded that in some people RF-EMF can cause peripheral neurophysiological changes.

We smoked for many, many years before we realized the dangers of cigarettes and the risks of lung cancer. Only in relatively recent times have cigarette packs been required to be labeled as dangerous. Lead was used in paint until we found it made people sick and caused cancer. How long did it take for us to realize x-rays can kill? Pioneer radioactivity researcher Madam Curie herself died of long-term exposure to radiation because the dangers were not yet known.

Over the past few years, Electromagnetic Radiation (EMR), particularly higher frequency Radio Frequency (RF) radiation, has become a hot button issue. Although high levels of RF radiation have been around us for over a century, only in the last 20 years have we begun to understand their potential health dangers.

Whatever the end verdict becomes, at this point all experts and scientists agree that this area of research warrants more study. And with 5G, there is no research of what long term effects on the body are, which is why many scientists and health experts are pleading people and governments to use the precautionary principle: If the research does not fully establish that EMF radiation from mobile devices cannot cause ANY adverse health effects, than it is advisable to limit your exposure to this energy whenever possible.

However, the real controversy seems to lie in what level of EMF exposure is considered safe. Experts have drawn many partial conclusions, which is suggestive that at current levels of exposure, RF EMF can be deleterious.

While you wait for research to catch up, isn’t it better to avoid what you can? Avoid holding your cellphone up to your head. Don’t enable WiFi and Bluetooth when you don’t need it. Don’t put your laptop on your lap for long periods of time, and keep technology out of your bedroom when you are sleeping.