From coffee shops to airports and even fast food restaurants, WiFi is everywhere. WiFi in schools has become increasingly popular.

And why not? On the surface, using WiFi in schools seems like a terrific idea to help educate our kids. iPads in schools provide a wonderful educational tool – they let students access a wealth of online information via WiFi, participate in citizen science projects, and they reduce the demand for paper resources;

On the other hand, having WiFi in our schools does present concerns for our children’s health that should be addressed.

Although the general public may not think of WiFi as a health issue, many in medical community, industry experts, parents and advocacy groups are becoming vocal about the possible dangers. Hazards of WiFi for children include fertility issues, erratic heart rates, learning impairment and behavioral changes.

WiFi is a form of Radio Frequency (RF) radiation, also called an Electromagnetic Frequency (EMF), which is generated by electronic devices. WiFi devices use radio transceivers capable of transmitting and receiving radio signals.

When you use a laptop or tablet, it connects to the Internet via WiFi by transmitting data packets that use radio frequencies operating on either the 2.4-GHz or 5.8-GHz band. 2.4 GHz offers greater range and 5.8 GHz offers more channels of operation.

EMF exposure damages cellular DNA in the human body, causes oxidative stress, and is known to be harmful to the reproductive systems of both males and females, as well as the brain, heart and other bodily functions. Its interference with cell growth and communication can lead to noticeable neurological and physiological effects after a long period of exposure.

On top of that, children are particularly vulnerable to these risks since their tissues are still growing, making them more conductive and susceptible to permanent modifications. Exposure to EMF radiation at a young age, or even in the womb, has been linked to many neurological and behavioral disorders like Autism and ADHD, as well as obesity, asthma, and a greater risk of developing cancerous tumors.

So while EMF radiation can be harmful for everyone and anyone who comes into prolonged contact, kids will show the most adverse health effects.

When we put WiFi in schools, students use laptops and tablets which simultaneously send radio frequency signals connecting to routers or access points. Within the confines of the room, these high-density transmissions compound to expose students to RF radiation for eight hours a day, which can greatly affect their bodies over time.

With most of the career with the Royal British Navy and military intelligence, Barrie Trower dedicated much of his career in the study of the effect of microwave energy on the human body. In various interviews and presentations, Mr. Trower delivers a common theme – WiFi radiation in classrooms is dangerous. He says that WiFi signals are equal to those used in microwave weapons and that they are threats to humans, particularly the elderly and children.

So what we are seeing is children using mobile WiFi-enabled devices for many hours at a time on a daily basis. This level of exposure is unprecedented for children, and with their tissue and bones still developing, they are particularly vulnerable.

When it comes to children and WiFi, Mr. Trower says, “children are physiologically and neurologically immature. It takes years for the blood-brain barrier to form, leaving children more prone to cell-leakage from microwave radiation.”

When visiting children in schools, he notes that WiFi radiation exposure is causing health problems that include, nausea, headaches and vision problems. He further states, “Children have less dense bones, immature immune systems and, by virtue of their size, they can act as aerials. Females have more complex hormone based systems to be disrupted than males.”

Others are also concerned about WiFi around children. Dr. David O. Carpenter, M.D is the Director of the Institute for Health and the Environment at the University at Albany and an Electromagnetic Field (EMF) radiation expert.

In December 2011, Dr. Carpenter authored an amended declaration stating the biological effects of WiFi radiation on children attending school, on behalf of the plaintiff in Morrison v. Portland Public Schools.

Below is a summary of his declaration to the court:

Make sure that your child, as well as teachers, are aware of the dangers of WiFi in schools, and that they take the necessary precautions to reduce the risks. 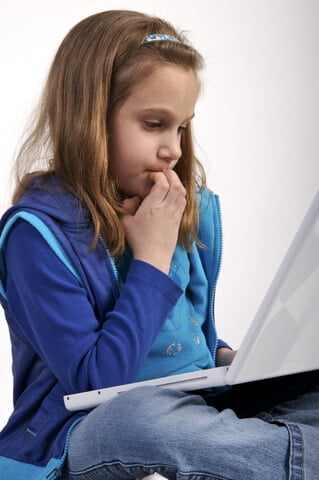 Dr. Carpenter believes WiFi radiation is a serious concern and a risk to our children’s health. Children are more susceptible to EMF radiation than adults and now schools are an EMF saturated environment.

He observes that exposure to EMF been demonstrated to be harmful even though they are low intensity and only sometimes a long duration. To make a bad exposure worse, increasing the constancy and length of exposure toward the maximum (up to a 24/7 duration in the case of WiFi) will put human health at an even greater health risk.

He recommends wired solutions, as opposed to WiFi, as a way to safeguard children and maximized learning.

Parents can do the same for themselves and their children in the home.

When using a tablet or laptops, always turn off the WiFi and Bluetooth signals when you are not using the Internet. If these settings are left active the transmitter will continue to emit radiation even when you are not connected.

Refrain from using your iPad on your lap, or holding it close to your body – work with it as far away from your body as possible, preferably resting it on a desk, tabletop, or other surface.

When using an iPad isn’t necessary, don’t use it! As with snacking and video games, moderation and balance is key to mitigating the health risks our kids are exposed to.

Finally, consider taking precautions to prevent exposure by using an EMF shield on your device and your child’s device. iPads in schools provide a wonderful educational tool, yet should be used cautiously.

There may be no “magic bullet” but taking the time to think twice before putting WiFi in schools can be an important step the future of children.