It seems like nowadays, everything can damage our cells, and mutated cells are at risk of becoming cancerous. While examining remains of people from ancient civilizations, researchers found that cancers were rarely, if ever, the cause of death. Cancer seems to result from the increased amount of man-made toxins the human race is getting exposed to, and how that exposure is affecting our cells and DNA.

How does cancer even start? Cancer is a genetic disease, caused by changes to genes that control the way our cells function. These genetic changes can be inherited from our parents, but they can also happen during a person’s lifetime, when certain environmental exposures damage and mutate the DNA in a cell. Cancer-causing environmental exposures include a lot of different chemicals, like the chemicals in tobacco, and radiation, such as ultraviolet rays from the sun. Cancerous cells don’t die naturally, like normal old or abnormal cells do. Cancerous cells bypass our immune system and continue to duplicate without dying, until a tumor is formed. Cancerous tumors are malignant, not benign, so they can invade nearby tissues and eventually form new tumors far away from the original.

But can low, non-ionizing frequencies like what’s being emitted from our mobile devices and wireless networks actually mutate our cells? The answer is yes, although research is still trying to find out how and why.

The WHO/International Agency for Research on Cancer (IARC) has classified radio frequency electromagnetic fields as possibly carcinogenic to humans (Group 2B – the same grouping as lead and chloroform) based on an increased risk of glioma, a malignant brain cancer, associated with wireless phone use. In one of the most significant studies to date, conducted over 10 years by the National Toxicology Program (NTP), researchers found that rats exposed to RF radiation had significantly higher rates of glioma, as well as malignant schwannoma (a very rare heart tumor), than unexposed rats. Scientists at the Ramazzini Institute in Italy found similar significant results when they tested 2,448 rats with radio frequency radiation over their lifetimes. Research has indicated that there may be an increased risk for leukemia in children, but since only a small number of children got this rare condition, researchers concluded that the results could be due to other factors despite the results being repeatable.

Scientists and researchers are predicting that while non-ionizing radiation can’t break chemical bonds, they can still induce oxidative stress in a cell. EMF generates Reactive Oxygen Species (ROS) that can lead to excessive free radicals, a common cause of cancer and neuronal damage. In addition, the amount of electrical force EMFs put on the highly-sensitive voltage-gated calcium channels (VGCC) in the cell causes a vast increase of calcium ions. An increase in intracellular calcium has been linked with many illnesses, specifically Autism. Calcium ions can react to create even more free radicals, also generated by ROS. This imbalance breaks down the cell membrane and allows EMF to interact with and/or break DNA strands, causing mutations. If this mutated cell doesn’t die and starts to duplicate, cancerous tumors can form. While the research varies on cancerous effects of EMF radiation, Jeffry Fawcett, PhD found that independently-funded studies showed a much higher positive association (47%) with cancer than in studies funded by the telecom industry (11%).

MDPI: Review and Analysis of Cellular Phone Use and Risk of Tumors

Science Direct: Mobile phone and cordless phone use and the risk for glioma – Analysis of pooled case-control studies in Sweden, 1997–2003 and 2007–2009

BMJ Journals: Mobile phone use and brain tumors in the CERENAT case-control study

NCBI: Exposure to radiofrequency radiation increases the risk of breast cancer: A systematic review and meta-analysis

MDPI: Is the Increasing Incidence of Thyroid Cancer in the Nordic Countries Caused by Use of Mobile Phones?

NCBI: Multifocal Breast Cancer in Young Women with Prolonged Contact between Their Breasts and Their Cellular Phones

Research Gate: A sentinel case series of cancer patients with occupational exposures to electromagnetic non-ionizing radiation and other agents

NCBI: Multifocal Breast Cancer in Young Women with Prolonged Contact between Their Breasts and Their Cellular Phones

Study: The Influence of Being Physically Near to a Cell Phone Transmission Mast on the Incidence of Cancer

Cellular Phone Use and Risk of Tumors: Systematic Review and Meta-Analysis

Scientific American: How Might Cell Phone Signals Cause Cancer?

Cancer.org: How Common Is Breast Cancer?

Last Updated on March 8, 2022 In our modern lives, cell phones and other devices...

Last Updated on April 14, 2021 EMF radiation is electromagnetic energy that emits from all...

How EMFs Biologically Impact the Body’s Cells and Damage DNA

Last Updated on May 12, 2022 The level of research and volunteer work surrounding breast...

Top 3 Areas of Your Body Most Vulnerable to EMF Radiation

Can Cell Phones Really Cause Cancer? A Look at Recent Studies

Last Updated on May 12, 2022 As the prevalence of cell phones and wireless technology... 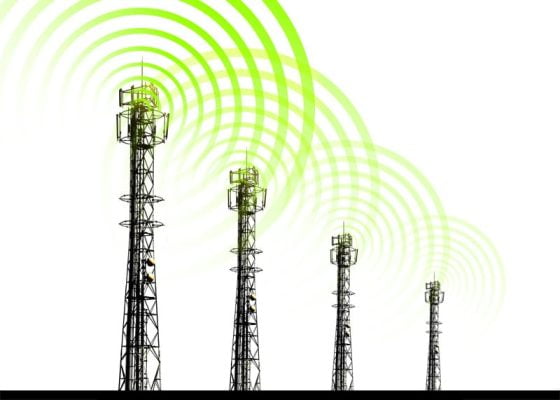 10
Jul
Return to Health Effects Page Next Health Effect
We use cookies on our website to give you the most relevant experience by remembering your preferences and repeat visits. By clicking “Accept”, you consent to the use of ALL the cookies.
Do not sell my personal information.
SettingsAccept
Privacy & Cookies Policy